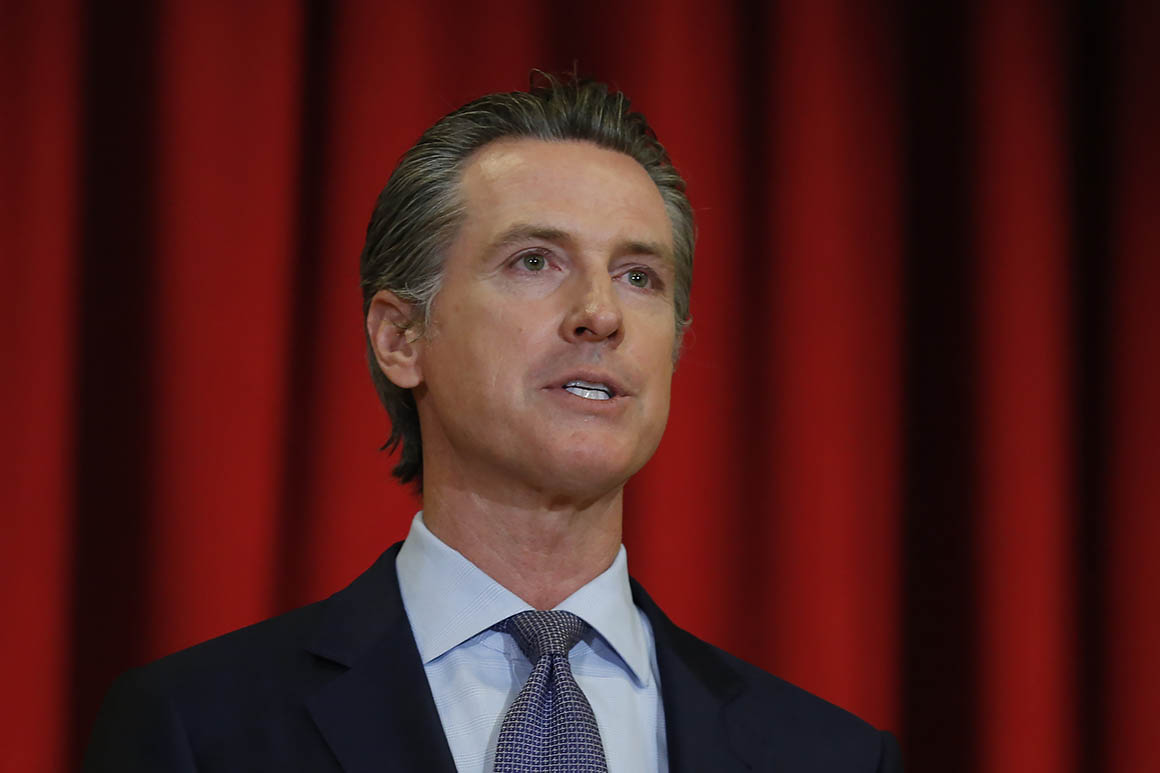 And with the economy in such solid shape before Covid-19 struck, plenty of states and localities look like they’ll be able to muddle through the next fiscal year — which for most of them starts in July.

“This crisis is still in its very early stages,” said Carl Davis of the liberal Institute on Taxation and Economic Policy.

Davis noted that the last recession began in December 2007, about nine months before the global financial system really imploded. And yet, many state tax increases didn’t happen until 2009 or even later as they dealt with the fallout.

“There’s a bit of lag, with state lawmakers often waiting to raise taxes until they’re confronted with having to enact terrible budget cuts,” Davis said.

In fact, some states right now aren’t even leaning that heavily on their rainy day funds, which were created for moments like these, and experts believe that the real crunch time for states and localities could be months or even a year or more away.

Still, the numbers are already starting to look staggering. The National Association of State Budget Officers recently reported that many states saw revenue plunge by at least 50 percent in April — and added that the worst might be yet to come, even though most states will get an influx of revenue by July 15, when income tax filing deadlines will hit after an initial delay.

Bigger blue states have been getting the most attention for their fiscal issues in the coronavirus era. But smaller red states are bound to face real messes, too, because every revenue source that states rely on — most notably, income and sales taxes — are falling dramatically.

California is already projecting a deficit of more than $54 billion over the next year. Across the country, New York state is projecting a $61 billion revenue shortfall over four years. And multiple independent analysts have found that Kentucky and Louisiana are on the cusp of facing real budget trouble, too.

All that has left some advocates for state governments worried that Washington, which seems unlikely to agree on further coronavirus aid anytime soon, won’t come to the rescue soon enough.

“When the house is awash in flames, it’s not always necessary to first calculate ‘how many buckets of water do we need?’ Sometimes you can see it’s time to call in all the fire engines in town,” said Verenda Smith of the Federation of Tax Administrators.

California raised both those taxes following the 2008 financial crisis. But officials there have shown no interest in rolling out any policies that raise taxes on the middle-class at this juncture in the current economic disaster.

Some groups that lean to the right, like the Tax Foundation, are concerned though about a proposal to block companies from spreading out deductions for their losses.

The Democrats who control New York state, which saw revenues plummet by two-thirds in April, seem to be trying to hold off on making any big decisions until they get a better sense of what’s happening at the federal level.

But lawmakers in Albany have been open about the idea that tax hikes might be necessary, and Gov. Andrew Cuomo (D) has been proactive about protecting the state’s revenue base — to the point of absorbing some bad publicity by proclaiming that the state would collect income taxes from health professionals who traveled there to help with the Covid-19 outbreak.

In red Louisiana, the economy has been hammered by the drop in tourism dollars and slumping energy prices. But both the state’s Democratic governor, John Bel Edwards, and GOP lawmakers there currently are content to use federal aid from the last coronavirus package to paper over their current deficit and to perhaps offer tax breaks to oil-and-gas companies.

And in battleground Pennsylvania, the legislature has approved a short-term budget without tax increases to put off any tough revenue and spending choices.

“The key thing is no state wants to raise taxes during the middle — hell, start — of a recession. Especially one as unprecedented as this one,” said Richard Auxier of the Urban-Brookings Tax Policy Center. “This is why Congress is so key.”

Some states are moving more aggressively to raise revenue, especially from top earners. Illinois Gov. J.B. Pritzker (D), for instance, is pushing to change the state’s constitution to allow for a progressive income tax, instead of the current single rate.

Voters in Illinois will weigh in on that issue in November, but the Democratic governor had also been pushing for that tax increase well before the coronavirus pandemic.

All this has left both states and localities and Washington in a wait-and-see mode. Congress and the White House already gave states some $150 billion in assistance in the “phase three” coronavirus package, but that aid is restricted to pandemic expenses and can be limited help for the broader shortfalls that states and localities are facing.

Brian Riedl of the conservative Manhattan Institute noted that Congress and the Trump administration are also keen to see how state and local economies fare as they cautiously reopen, and whether that changes the amount of aid they need to send.

With so many unknowns, Riedl said he expects Congress to offer assistance to states and localities more cautiously, rather than committing now to a multiyear infusion of funds.

Others, like Auxier, say that the federal government shouldn’t dawdle on getting aid to states and localities, but that the size and the commitment of the assistance package is the more crucial question — underscoring the current difficult debate in Washington.

“There is no doubt that more federal transfers to state and local governments are necessary,” Riedl said. “The question is one of magnitude.”

Kevin Yamamura contributed to this report.