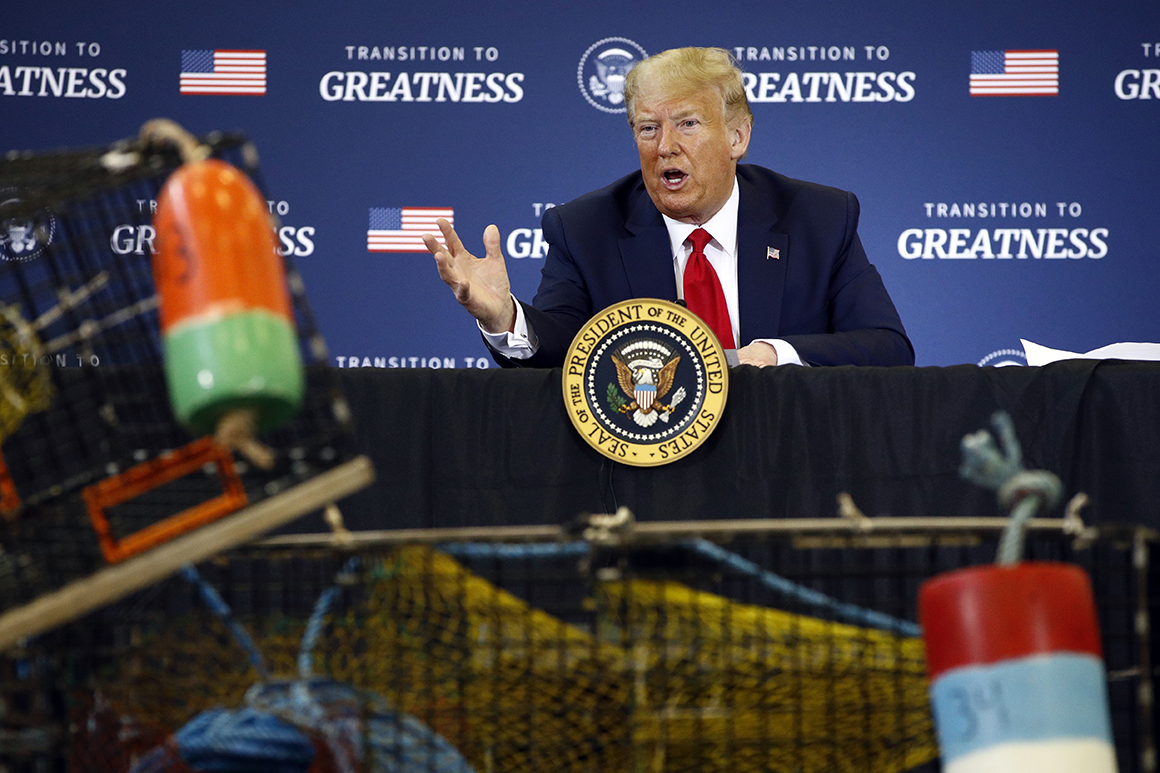 At 10:30 a.m., Trump marched his top economic advisers to the White House Rose Garden for an unexpected news conference to celebrate the surprisingly positive jobs report — 2.2 million jobs added after months of historic, precipitous declines; an unemployment rate that had fallen to 13.3 percent after weeks of unimaginable rises.

“Hopefully George is looking down right now and saying, ‘This is a great thing that’s happening for our country,’” Trump said, surprising onlookers.

For well over half an hour, and without a teleprompter to guide his thoughts, Trump opined about anything that came to mind, standing in the hot and humid Washington, D.C. air.

He recalled watching TV that morning, calling the inaccurate economic predictions the “greatest miscalculation in the history of business shows.” He predicted an economic recovery “better than a ‘v’ — this is a rocket ship.” He mused about buying “a trailer, what do they call that? An RV” and traveling the country with the first lady. “Thank goodness I’m in perfect shape,” he said at another point, talking about how obesity increased the dangers of coronavirus. He called the Green New Deal “baby talk.” He shushed reporters trying to ask questions.

There was little discussion of the ongoing protests against police brutality and racial inequality across the country, which are expected to grow over the weekend. There was minimal attention given to the roughly 20,000 coronavirus cases still diagnosed every day. There was no mention that unemployment is still above the high-water mark it reached after the 2008 economic collapse.

It was a scene reminiscent of previous Trump victory laps at what he perceived to be his most triumphant moments. “The collusion delusion is over!” he proclaimed at a boisterous 2019 rally after the summary of special counsel Robert Mueller’s Russia probe was released. “This is a day of celebration because we went through hell,” he told a crowd earlier this year during an hour-plus of venting at the White House the morning after he was acquitted on impeachment charges in the Senate.

He reveled in a similarly celebratory mood on Friday. His meandering stream of consciousness remarks took so long that a White House staffer emerged from the Oval Office with a tray of water for economic adviser Larry Kudlow, Treasury Secretary Mnuchin, Small Business Administrator Jovita Carranza and the others huddled behind the president in dark, heavy business suits. Kudlow dabbed his brow with a handkerchief as they stood in the sun. At first, a large group of White House staff stood along the colonnade. But some disappeared as the speech dragged on.

Seats for reporters, which had previously been spread out to reflect the White House’s social distancing guidelines to prevent the spread of the coronavirus, were smooshed together by a press aide. Trump used the set up as a sign the country is getting back to normal.

“You’re getting closer together, even you, I noticed you’re starting to get much closer together,” he said, gesturing to the pack of reporters who were not allowed to ask any questions. “It looks much better.”

But around the White House, there were omnipresent signs that not everything was getting better. An expanded security perimeter still encircled the White House, with no indication it was coming down soon. On the streets of D.C., several thousand National Guard troops remained.

And just as Trump was speaking, across the street from the White House, a D.C. city worker affixed a new sign — “Black Lives Matter Plz NW” — to the protester-filled intersection that police, only days earlier, had forcefully cleared out before Trump walked to St. Johns Episcopal Church off Lafayette Square to pose with a Bible.

Back on the White House compound, after Trump finally wrapped up his remarks, he sat down to sign a bill that made tweaks to the Paycheck Protection Program that the White House and Congress created to assist small businesses during the coronavirus-fueled economic downturn. As he took out his sharpie, PBS reporter Yamiche Alcindor, one of two black reporters in the Rose Garden, asked the president about whether he would issue a plan to address systemic racism.

Alcindor noted that while overall unemployment fell, unemployment for black people was up .1 percent, and up .5 percent for Asian Americans.

“You are something,” Trump said, waving away her comment.

Vice President Mike Pence began to clap on his own as the president stood.